Back in June, my wife suggested we visit Oregon’s Willamette Valley in search of new world class Pinot Noirs. Luckily, Portland is a short plane ride from the Monterey Bay.

Portland’s a great little food and beverage city. There are a couple of wineries in town, but craft brewed beer is king. We spent two days in the city, ate from one of downtown Portland’s famous food carts, and enjoyed our share of local brews and pub food.

Midweek found us in McMinnville, a small city in the heart of the Willamette Valley with a charming, historic downtown. We were able to secure a cute French style flat that rents nightly. From there, we explored much of the Dundee Hills, which is to Willamette Valley Pinot what the Stag’s Leap District is to Napa Cabernet: the best of the best.

The roads leading up to the various hilltop vineyards are gravel. You’ll also end up with a layer of red dust on your vehicle that will make it easy to recognize fellow pinotphiles when you get back to town. It’s worth the drive just to see the views from the vineyards that stretch for miles, but it is a journey best taken by rental car. 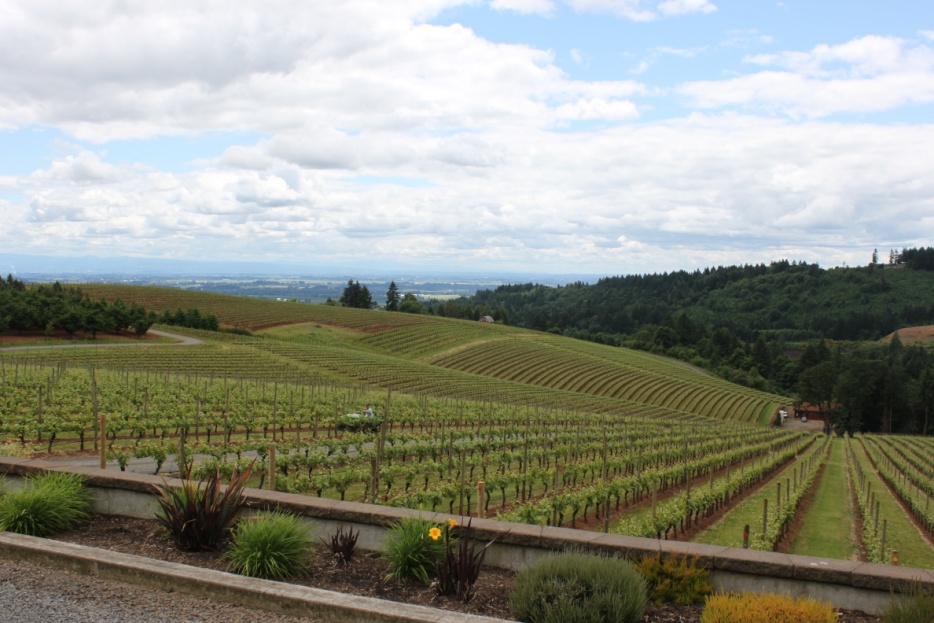 While in the Dundee Hills, we tasted at two of our long time favorites, Torii Mor and Erath. On their recommendation, we visited Buena Vida and Winderlea, who also make excellent wines. Because of the differences in climate and soil, Pacific Northwest Pinots are distinctively different than their California cousins. I once took a ferry from Seattle to Bainbridge Island to visit a couple who grew two acres of “cold climate” Pinot. That kind of fruit produces an “earthier” wine. One of the Pinots at Torii Mor has such a mossy bouquet that it is described as “forest floor”.

One of the Pinots at Torii Mor has such a mossy bouquet that it is described as “forest floor”.

Oregon wineries also distinguish themselves from their neighbors to the south by their choice of glassware: the Oregon style has a short extension at the top of the bowl. Georg Riedel designed this glass expressly for a group of Oregon wineries and now nearly all use it in their tasting rooms. 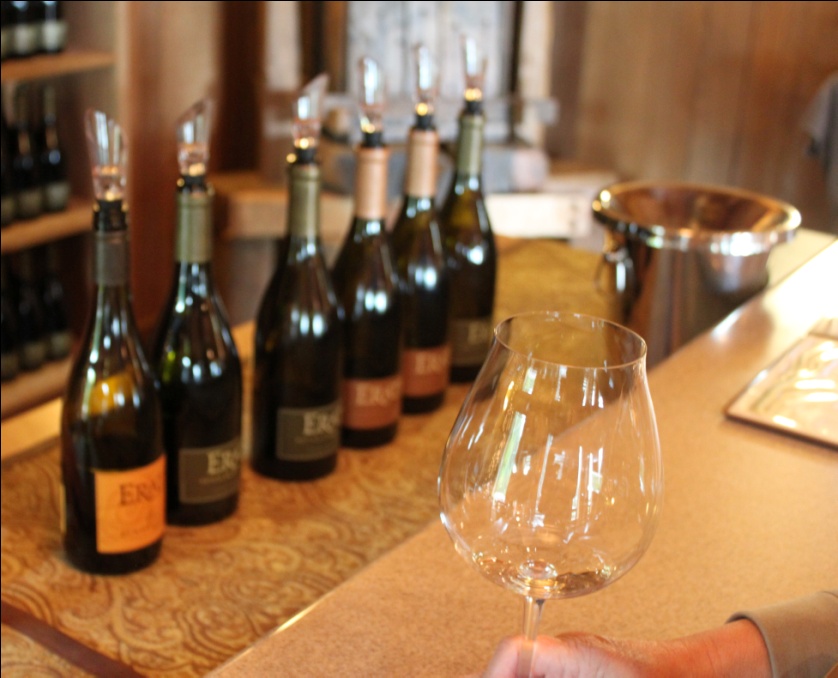 Wine tasting is everywhere. While we were in McMinnville, we stopped by the Evergreen Aviation Museum to see the Spruce Goose and found a tasting room inside the museum. Our first clue should have been the vineyards we drove through getting to the parking lot.

As if driven by manifest destiny, we continued on to the rocky Oregon coast. We found a great inn right on the cliffs at Depoe Bay, with deck mounted hot tubs overlooking the Pacific. If you visit, you can get a decent bowl of chowder at nearby Cape Foulweather and go next door for – you guessed it – wine tasting at the Flying Dutchman, who really make wine right there on the cliffs.