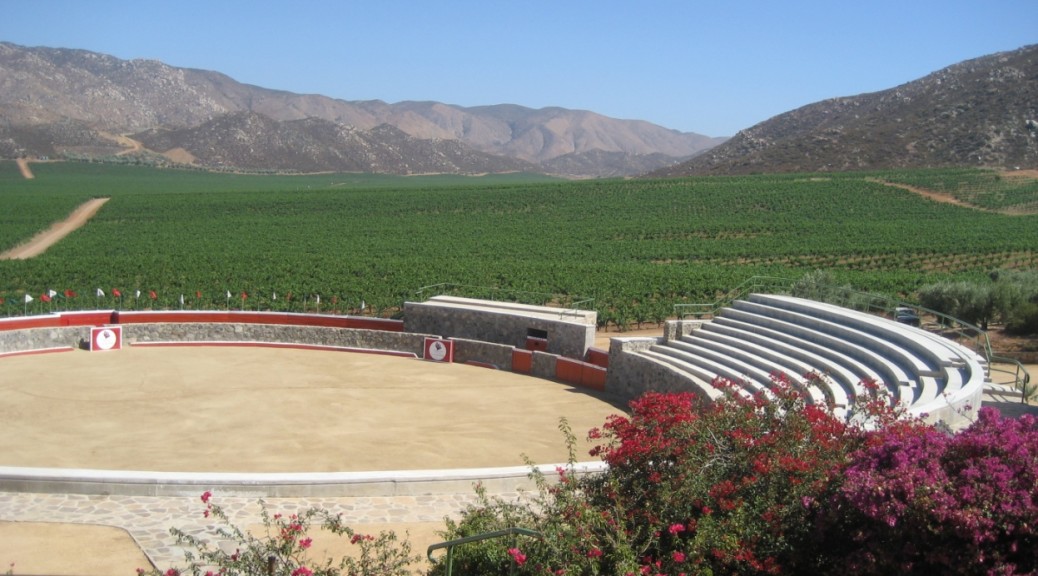 As our cruise ship pulled into port at Ensenada, Mexico, we decided to bypass the popular La Bufadora & Shopping Excursion and board an air conditioned tour bus bound for the Calafia Valley, to see the vineyards of Old Mexico. As luck would have it, our dinner mates Tim and Eva decided to join us. It never hurts to have a judge in tow when you’re out and about in Mexico, even if his jurisdiction is Tucson, Arizona. 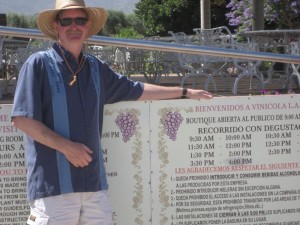 Calafia is about 20 minutes from the coast; the ride was scenic and charming on a typical sunny, dry Baja day. Our first stop was L.A. Cetto, founded by Don Angelo Cetto, who emigrated from Italy in the 1920’s. The winery is named after his son, Luis Agustin. I can say with certainly that it’s the only vineyard I’ve seen planted around a bull fighting ring. I guess I shouldn’t be surprised after visiting Howard Hughes’ flying behemoth The Spruce Goose, which is also surrounded by a vineyard. But if you’ve been paying attention, you already knew that (hint: Jeff’s Wining Again, Sept 2011). 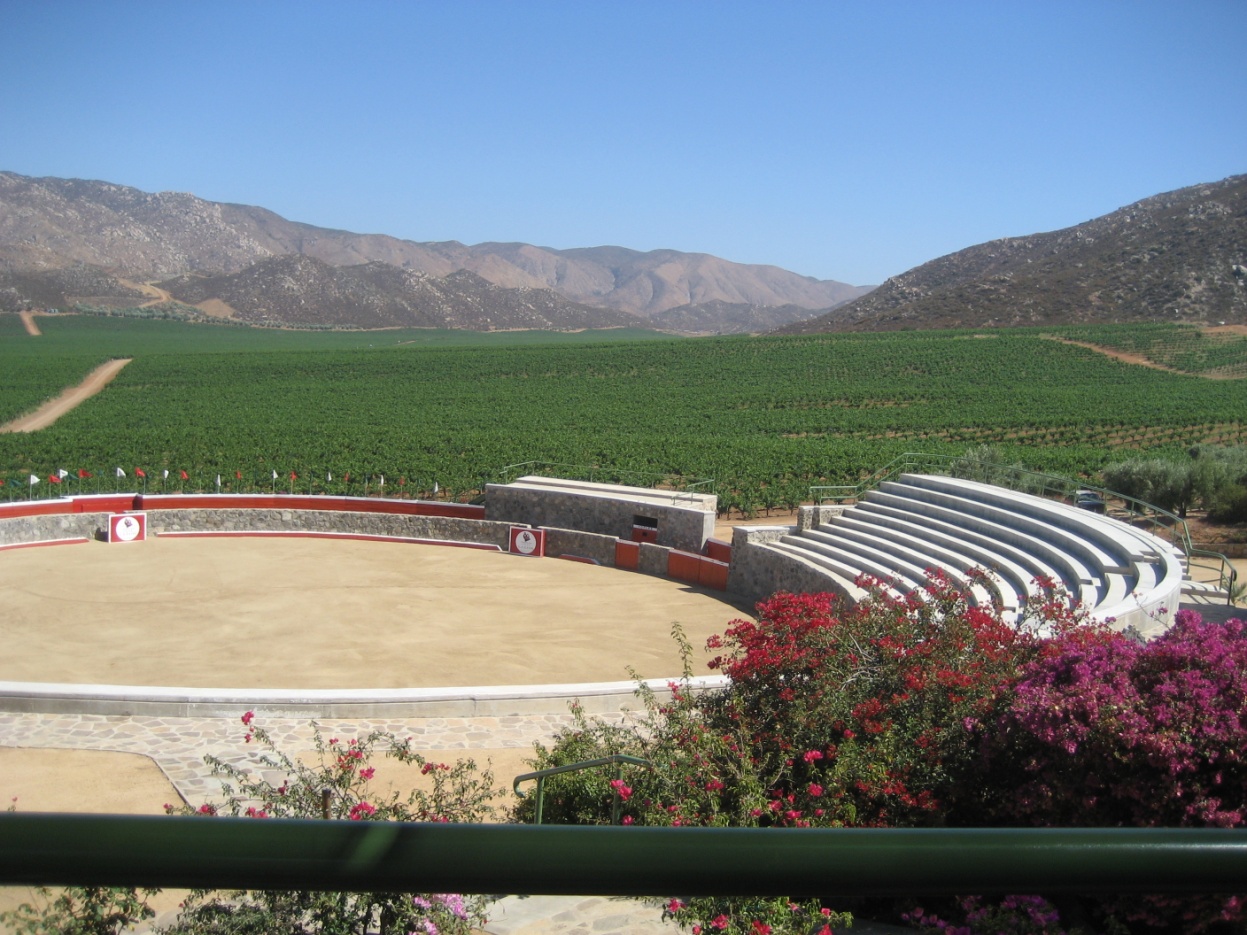 Our guide Tomas showed us around the grounds and the production facility. Judging from the size of the barrel room, I’d guess L.A. Cetto is producing about 10,000 cases per year.

Back in the tasting room, we tried several whites, including Chenin Blanc (not a fan), Blanc de Blancs, and a decent Chardonnay. We also sampled the Italian reds Nebbiolo and Sangiovese, accompanied by excellent local, fresh bread. I am known to seek out good Sangiovese whenever possible, but this particular day I would be unsuccessful. 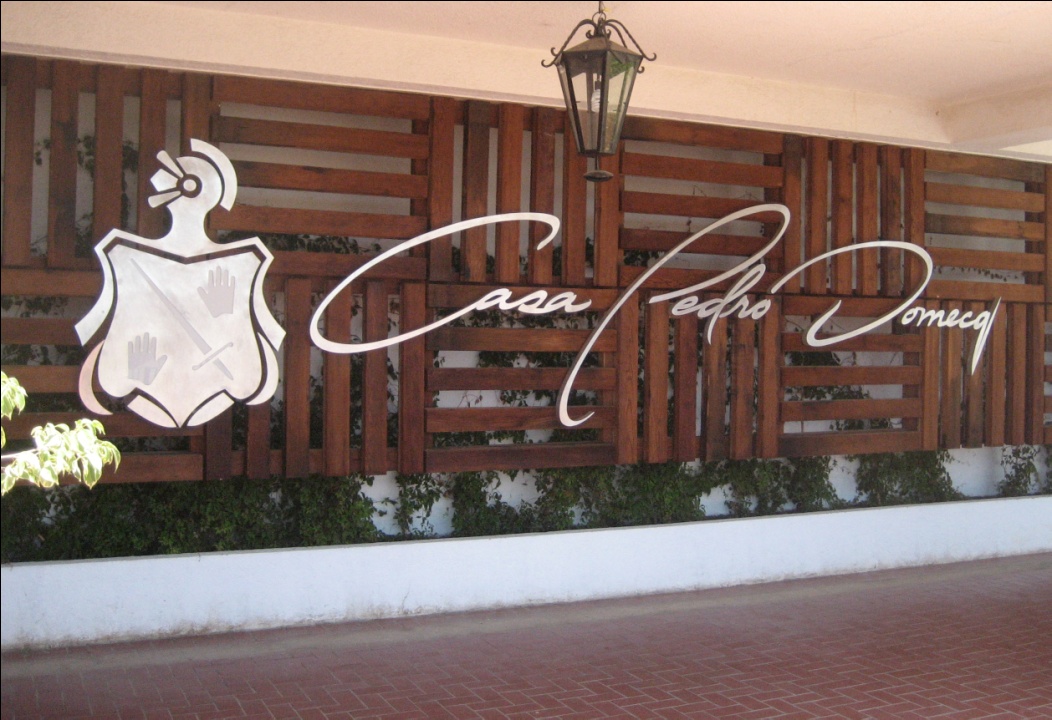 Domecq is an eclectic blend of new and old worlds, and a worthy wine destination. Beneath the modern tasting room with stunning vineyard and mountain views lie a series of tunnels used to age the wine. If they offer you a tour, take it. In addition to housing thousands of barrels and bottles, the caves also serve as an informal “museum” of antique wine making equipment that Pedro Domecq no longer uses but has preserved for posterity. 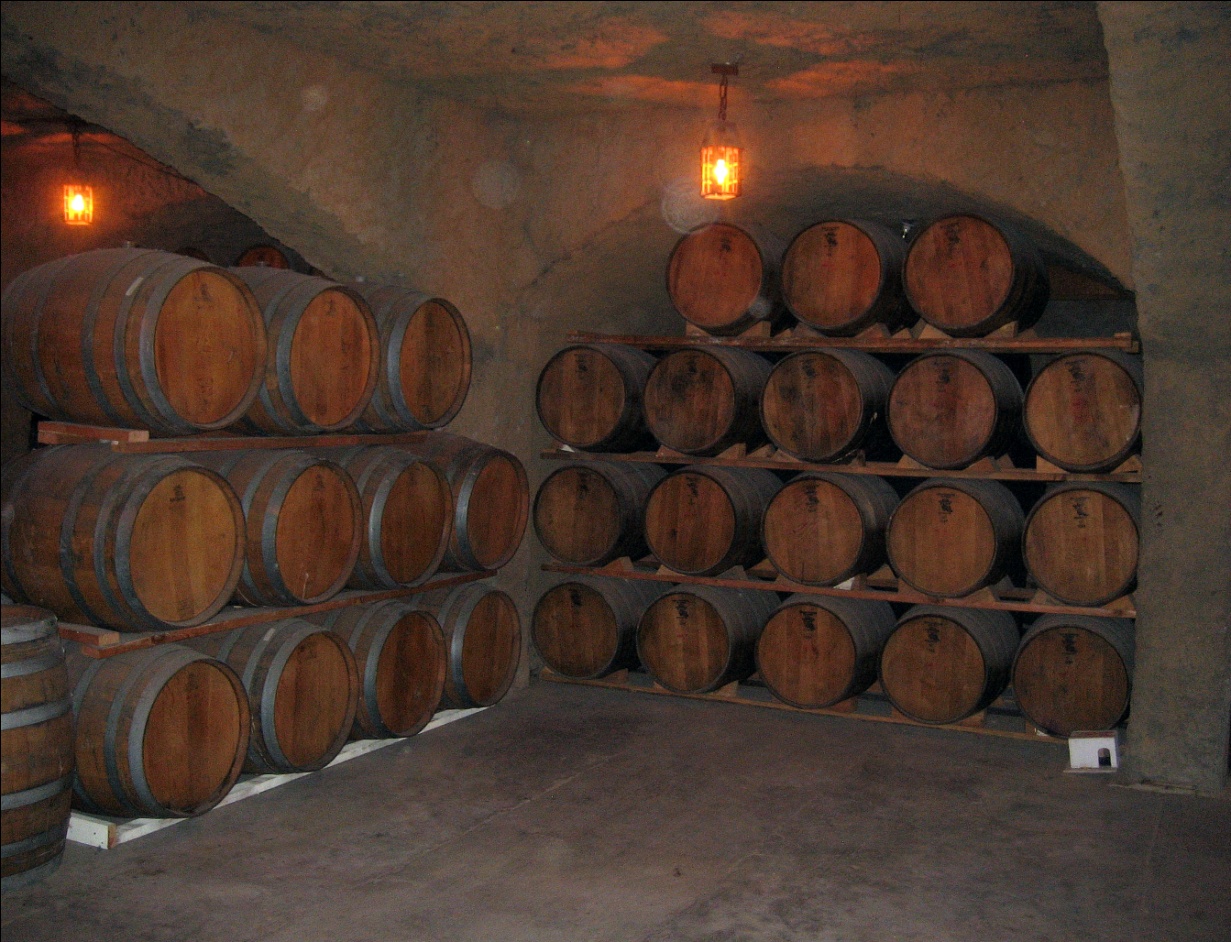 While lacking a bull fighting ring, the wines were vast improvement over L.A. Cetto. The Cabernet Sauvignon was good enough for us to bring a few bottles back to the boat.

The lesson of Calafia Valley is that grapes are grown and wine is made in many countries and most American states. You don’t have to go to Burgundy or Napa to find someone who makes a good bottle of wine. Adventure awaits wherever you go.